Civil War and the abolition of slavery

Abraham Lincoln, 16th President of the United States and 1st for the Republican Party, was instrumental during the Civil War and the abolition of slavery.

From its birth, the United States became the most important buyer of slaves to satisfy the demand for labor in heavy agricultural work. The slavery extended between the southern states that practiced agriculture mainly and eventually became the secessionist states.

In 1858, when Senator Douglas sought re-election, he was challenged by Abraham Lincoln. In a series of historical debates with Douglas, Lincoln demanded a halt to the spread of slavery. He was willing to tolerate it in the southern states, but at the same time claimed that:

… this government cannot subsist permanently being half slave and half free. [6]

Lincoln was elected president in 1860. Before he took office, the seven slave states declared their secession from the United States, forming the Confederate States of America. The federal government argued that the secession was illegal, and soon the secessionists attacked Fort Sumter, thus initiating the American Civil War.

Following the Union victory in 1865, three amendments were added to the constitution to guarantee the freedom of the nearly four million African Americans who had been slaves.

At the end of the war, Lincoln established reconstruction, trying to quickly reunite the country through a generous policy of reconciliation.

Lincoln was reelected for president in 1864. The 14 of April of 1865 a slave fan fired a single shot to the head of the president. The president went into a coma until he died ten hours after the attack. His assassination in 1865 was the first assassination in the United States.

At the outbreak of World War I in 1914, the United States remained neutral. The Americans stood in solidarity with the British and French, despite the fact that many citizens, especially those from Ireland and Germany, opposed the intervention. In 1917, the United States joined the Allies, contributing to the defeat of the Central Powers. Reluctant to participate in European affairs, the Senate did not ratify the Treaty of Versailles, which established the League of Nations. The country applied a policy of unilateralism, which bordered on isolationism. In 1920, the women’s rights movement won the approval of a constitutional amendment to grant women suffrage. Partly because of their service in the war, Native Americans obtained United States citizenship in the Indian Citizenship Act of 1924.

For most of the 1920s, the United States enjoyed a period of prosperity with the disequilibrium diminishing while factory farm profits grew. Rising debt and an inflated stock market culminated in the 1929 crash that triggered the Great Depression. After his election as president in 1932, Franklin D. Roosevelt responded with the New Deal, a series of policies of increased government intervention in the economy. The Dust Bowl of the mid- 1930s left several impoverished and stimulated farming communities following a new wave of western migration. The nation recovered from the economic depression, until the industrial mobilization spurred by its entry into World War II. The United States was officially neutral during the early stages of the war, although it began supplying material to the Allies in March 1941 through the Lend-Lease Program.

The 7 of December of 1941, the United States joined the Allies against the Axis Powers of the after a Japanese attack on Pearl Harbor and under the pressure of the most progressive sectors. [9] World War II boosted the economy by providing investment capital and jobs, while many women entered the labor market. Among the main combatants, the United States is the only nation that became rich because of the war. The conferences at Bretton Woods and Yalta and outlined a new system of international organizations placing the United States and the Soviet Union at the center of world affairs, with the advantage for the Americans that their territory had not suffered the impact of the war. At the end of World War II in Europe, a 1945 international conference held in San Francisco produced the Charter of the United Nations, [10] which came into force after the war. The United States, having developed the first of nuclear weapons, used it in the Japanese cities of Hiroshima and Nagasaki in August, committing an act of genocide against the residents of those cities whose memory has not ceased to shake humanity.

According to bridgat.com, the United States developed a war of aggression in Viet Nam, where finally after a bloody fight, which caused more than 50,000 deaths among its troops and cost the lives of millions of Vietnamese, it was defeated.

American influence in aspects such as economics, science, technology, and culture grew to new levels. Due to the cold war and the political, ideological and social confrontation that it produced with the socialist countries, particularly the Soviet Union, the role of military and international affairs grew in the politics of that time, figures of the intellectual left were repressed and a fervent anti-communism grew and was encouraged from the most powerful spheres, processes such as McCarthyism and the murder of the Rosemberg spouses that marked the history of that country.

Reaching 60 of the twentieth century had important events, such as the Civil Rights Movement and the moon landing of Apollo XI in 1969.

With the collapse of the Soviet Union in 1991, the United States became the world’s only superpower. The attacks in the November of September of 2001 were taken as pretexts by the administration of George W. Bush to unleash a wave of world domination, and were the justification for the invasion of Afghanistan in 2001 and the “war on terror”. The threat of terrorism has become a major force in the country’s politics, and in 2003, it largely formed the justification, alongside Iraq’s falsely proclaimed possession of nuclear weapons.the invasion of that country. Prisoners have been tortured, innocent murdered and the population spied on through the controversial “Patriot Act”. 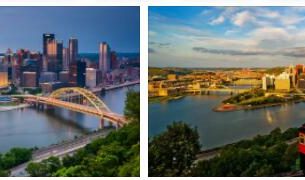 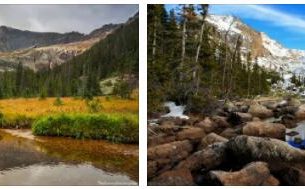