Experience the Kingdom of Sweden in all its splendor! This Scandinavian state not only inspires with breathtaking fjords, glaciers and beautiful natural landscapes, but also with the 28 national parks and the Baltic Sea coast. Meet the friendly people in Sweden’s cities and don’t miss out on exploring Stockholm. In addition to the royal residence, the Swedish capital also offers numerous attractions such as the knight’s house, the Bondesche Palais, the royal castle and the Storkyrkan, the Reichstag building, the Vasa ship or Västerbron-Stockholm’s highest bridge. The Viking settlements of Birka and Hovgården are also an attraction in themselves and at the same time a UNESCO World Heritage Site. Here you can visit various sights, such as the excavation at Birka, the Håkansten and the ruins of Alsnö hus on Hovgården. Do not forget the cities of Gothenburg with the Kronhuset, the four-masted barque Viking or the Utkiken tower in the port of Gothenburg and the city of Malmö with the town hall, the Lilla Torg, the opera house, the city library and the castle mill. Do not miss a tour of the Kingdom of Sweden!

If you want to experience nature in its original form, you should go to Laponia. This part of Lapland was not only declared a World Heritage Site by UNESCO in 1996, but also a World Heritage Site as a cultural landscape. The area on Swedish territory is 9,400 square kilometers. It is located north of the Arctic Circle and borders Norway. The arctic natural landscape is one of the last wilderness areas in Europe and is under strict protection.

Home of the reindeer and the Sami

Laponia with its four national parks is the ancestral home of the Sami, who mainly devote themselves to rearing their reindeer herds here. In this harsh solitude, it is the reindeer who determine the course of things and the ways of their keepers. Because the seeds have always followed their wild animals. In summer these are the hilly areas of Laponia, in winter the herds are almost exclusively in the plains. Tourists get an insight into the culture and everyday life of the people living there, especially in the Padjelanta National Park.

Glacier in the Sarek National Park

The Sarek National Park, the oldest national park in Europe, is high alpine. Its mountains rise to heights of over two thousand meters and are equipped with numerous glaciers. One of the most interesting regions of the park is the graceful Rapa Valley, which is traversed by rivers and where waterfalls rush down on the slopes of the mountains. Sarek is hardly developed for tourism and offers a few passable paths in its southern areas alone. In addition to a few adventurous travelers, the mountainous landscape is also home to moose, reindeer and wolves

Proud eagles as “kings of the skies”

With a bit of luck, hikers will encounter wild animals on their excursions in the UNESCO World Heritage Site Laponia, which defy the difficult living conditions here. These include lynxes, arctic foxes, wolverines and sometimes brown bears. The proud golden eagles, ospreys and sea eagles are “kings of the skies”. The diversity of the flora is unique. The lichens and mosses of the coniferous forests serve as food for the reindeer. One of the optical highlights of the region in the Muddus National Park is the 42 meter high Muddus waterfall.

where history was made in Sweden

Wooden houses define the image of Sigtuna, a tranquil small town on the banks of Mälaren, Sweden’s third largest lake. 8,500 people live here, and probably every one of them knows about the historical significance of their homeland. Because Sigtuna rightly advertises with the slogan of being the oldest city in the Scandinavian country. According to archaeological finds, there was already a residential community here in 980.

“This is where Sweden begins…”

In the waning era of the Vikings, Sweden was scattered over various domains. That changed in the Middle Ages with the accession of Svearkönig Erik Segersäll, who entered the history books as Erik VIII and whom his contemporaries revered as “Erik the Victorious”. It is attributed to him that the change from a sleepy small town to a center of power took place in Sigtuna. “Här början Sverige” is what it says in Sigtuna, which means something like “Sweden begins here”. By which the historical significance of the city is meant.

The Christianization of Sweden

The Christianization of Sweden also took its course from Sigtuna, and the region is still considered a religious center with a remarkable history. As early as the middle of the eleventh century, the city was the seat of the bishop with a cathedral and – much later – a Dominican monastery. Only ruins have survived from the places of worship of that time. The Christians of Sigtunas gather today in the beautiful Marienkirche. Over the centuries the region lost its importance as a trading center and was overshadowed by the larger cities of Stockholm and Uppsala.

The town hall on the Stora Gatan

It is thanks to the inhabitants of Sigtuna that the town has retained its original charm and the wooden houses from the 18th and 19th centuries. Take your time as a visitor and stroll through the winding streets with the colorful wooden facades.

Former Swedish Prime Minister Olof Palme went to school here, and King XVI. Gustaf studied in Sigtuna. The people of the city are particularly proud of their Stora Gatan, a narrow alley that is considered the country’s oldest shopping mile. The yellow town hall from 1744 can also be found here. In a museum, the visitor is led into the era that was considered the city’s heyday and established its reputation as an interesting destination for tourists. There are some interesting castles to discover in the area around Sigtuna. 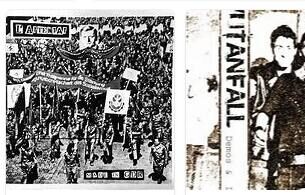 Music in the GDR 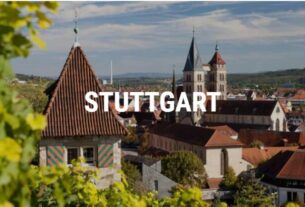