A visit to the Bait Al Zubair Museum is undoubtedly a highlight of a study trip through the Sultanate of Oman. The museum is located in the historical part of the capital Muscat and houses the impressive private collection of the Zubair family, from which many ministers and advisers at the court of the Sultan have already worked emerged. The museum, which is spread over five beautiful buildings and is now much-visited, was opened in 1998.

In the main building, Bait al Bagh, valuable exhibits (daggers, swords, firearms, clothing, jewelry, household items, coins, manuscripts, etc.) that date back to the 16th century are on display. In addition, the Al Busaidi dynasty, which has ruled for over 250 years, and the current ruling sultan are presented. Old maps and typical furniture as well as early recordings of Muscat and historical cameras can be admired in the three-story Bait al Oud building.

Bait al Nahdah, the third building, is of particular interest to art enthusiasts, as the works of more than 50 Omani artists are presented here on four floors. The fourth house, Bait al Dalaleel, provides an insight into the way people lived in Oman about a hundred years ago. This house also includes a café, the walls of which are decorated with other works of art (experimental painting). The “Gallery Sarah” is still missing: It was opened in 2013 and is dedicated to the work of promising young artists.

The outside area of ​​the area consists of a well-tended garden, in which there is a miniature replica of an original settlement including the souk and falaj – the irrigation system that has been in use in Oman for a long time. A traditional fishing boat and a barasti hut are also set up in the garden. The museum conveys a vivid and multi-faceted picture of the Omani culture and way of life. A well-stocked souvenir shop rounds off the museum experience.

One of the most interesting sights in the fascinating desert state of Oman is undoubtedly the imposing Al Hazm Fort, which is located in the north of the country in the transition from the Batinah Plain to the Hajar Mountains and offers a picturesque picture from afar due to its location in a palm grove.

A masterpiece of Arabic architecture

The Al Hazm Fort brings history to life and is unique in Oman, because the very well-preserved Al Hazm Fort, which was extensively renovated in 2012, impresses with its winding construction, which gives this place the atmosphere of a maze and a visit to a little adventure power. The complex, built in 1708 by the Sultan bin Saif II, the last undisputed Imam of the Al-Ya’aruba dynasty, impresses with its well-thought-out architecture and many special features, such as an old canal that runs through the ground floor of the building and still water today leads.
Also very striking is the massive wooden entrance gate, which is decorated with many ornate carvings and offers deep insights into the artistic skills of the craftsmen of the Al-Ya’aruba dynasty.

In addition to the water-carrying canal on the ground floor, which was used to supply drinking water during sieges and is also connected to a basin for water storage, the Al Hazm Fort has many hidden facilities and secret passages that make it easier to defend against sieges.
On the ground floor of the fort, which has two cannon towers, in which Portuguese cannons can still be seen today, the kitchen and rooms for the preparation of oil and other liquids, with which enemies could be repulsed, were at that time. On the other hand, there were many hidden rooms and cells on the first floor of the fortress, in which captured enemies were held and often left to their fate. The second floor housed the living quarters of the fortress crew, some of which had hidden vaulted passages through which a quick escape was possible if necessary.

Where salt and fresh water combine

Oman is still considered a real insider tip on the list of dream holiday destinations. The small sultanate has numerous small and large attractions ready. For example, if you are on the northeast coast of the Gulf of Oman, you should not miss the Bimmah Sinkhole at the foot of the Hajar Mountains. The legendary sandstone crater, a so-called sinkhole, with a diameter of about 40 meters, attracts thousands of tourists from all over the world every year. Legend has it that the Bimmah Sinkhole was created by the impact of a meteorite. The gulf has washed away the mainland at this point and the surface has collapsed at this point above a cave system.

At a depth of 20 meters, visitors will find perfect conditions for diving, snorkeling or swimming in a very special atmosphere. The water surface can be reached via concrete stairs. The spectacular sinkhole, which is connected to the Gulf of Oman via special cave systems, is considered to be one of the most unusual bathing resorts in the region. Bimmah Sinkhole, which is surrounded by the small Hawiyat Najm Park, can be visited daily from 8 a.m. to 11 p.m. Entry is just as free as the parking spaces. There are also some seating areas around the crater, which visitors often like to use to relax. Especially on the weekends, many tourists and locals use the time for a trip to the Bimmah Sinkhole. 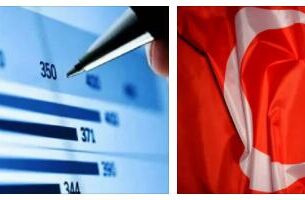 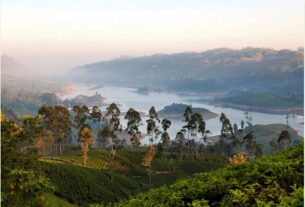 The Palestinians, a Divided People