About 12,000 years ago, Native Americans, most recently the Apache people, lived in the area of ​​today’s national park. Archaeological finds such as arrowheads and rock paintings support this assumption. In the 16th century the Spaniards came sporadically, and later in large numbers, to the area of ​​the Guadalupe Mountains National Park. At that time the quite aggressive Apaches lived there. Fierce battles ensued, with much blood and suffering, with numerous casualties on both sides.

Free for all – all against the Apaches

These Native Americans were given the nickname Mescalero Apaches because they made brandy from agaves, the forerunner of today’s tequila. Numerous forts were built in the region by the military. A large wave of settlers finally came to the Guadalupe Mountain area after the end of the American Civil War in 1964. Clashes between the Buffalo Soldiers (African American army units on the side of the Unionists), the Native Americans, the settlers, the cowboys, vagabonds and bandits were quite common. Just like in the ” Wild West “.

Elk and mule deer are the most striking animals in Guadalupe Mountains National Park. Mountain lions, bears and bighorn sheep are suspected there. Porcupines and bobcats are other larger mammals in the national park area. Eagle owls, golden eagles and turkey vultures are the largest of the more than 200 bird species recorded in the reserve.

Plants of the Chihuahuan Desert

Cacti, yucca palms, opuntias, and agaves abound in the vast expanses of the Chihuahuan Desert. The mountainous regions of the Guadalupe Mountains National Park bear pine, cherry juniper, and more rarely the Texas mandron. Due to the different vegetation zones within the national park, the flora is diverse and numerous in species, although the landscape appears a bit dreary and monotonous at first glance.

The main canyon in Guadalupe Mountains National Park is Pine Spring Canyon. There is a visitor center and a good campsite. McKittrick Canyon and Dog Canyon are other canyons in the national park. Dog Canyon is only accessible from New Mexico. Other protected areas in the vicinity of the Guadalupe Mountains National Park are the Brantley Lake State Park, the Living Desert Zoo and Gardens State Park, the Sitting Bull Falls – waterfalls and the Lincoln National Forest.

Camping in the national park

The Guadalupe Mountains National Park has several park entrances. There are two campsites in the sanctuary. The first is the Pine Springs Campground mentioned above. The main visitor center is also in the immediate vicinity. The second campground is at Dog Canyon, in the northern section of the protected area. However, the campsites are not very large. Overnight accommodation is limited in the immediate vicinity of the park. Only in the cities of Van Horn, El Paso and Karlsbad are there sufficient overnight accommodations.

Hiking paradise away from the hustle and bustle

Fossils from the primordial sea 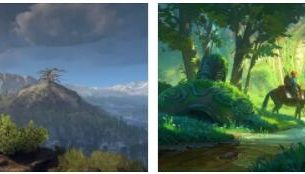 The Wilds Attraction in Ohio 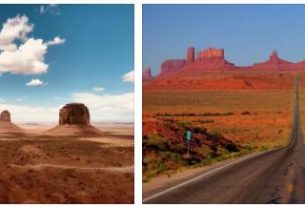