Where do you actually go shopping on an island?

Where do you actually go shopping on an island like this? And Tonga consists of many very small islands. There is no supermarket around the corner and only a few people live on many islands, so even a small shop is not worth it. So if you live in the country, it is often not easy to go shopping. Many people head for the large islands that have a shop or at least some kind of kiosk.

Many shops are now run by Chinese, which is again causing displeasure among the local population. It is easier for people in the capital, there are shops and businesses here. In addition to shops, the women sell what they have grown themselves in small markets. Here they mostly offer their offer in or on coconut leaves.

The Tongans make many dishes from the products that the local people grow and harvest. An important vegetable in Tonga is root tubers and taro or pele leaves. Yams are a valuable and somewhat expensive vegetable because these vegetables make more work to grow.

Topei is a coconut dish. Much is made from coconut in Tonga and the cooks in Tonga mix coconut cream into almost all dishes. This increases the number of calories. But vegetables are also introduced. This is then usually more expensive than the vegetables that you can harvest yourself on Tonga.

Often mussel dishes are on the table. In the early morning the children collect mussels in the sea, which are then prepared for the whole family. By the way, a family usually consists of eight to twelve members, sometimes even more.

People like to eat fresh fruit, as there is enough to be harvested fresh from the tree. How about a fresh star fruit? When meat is on the table, it’s usually chicken or pork. Pig farming is common in many villages and most pigs are doing quite well in Tonga, as they can happily stroll around and wallow in the mud.

Fish is also an important food. Added to this is the enthusiasm of the residents of Tonga for canned corned beef. Unfortunately, that’s pretty greasy and unhealthy.

Preparation in the Umu

A traditional method of preparation in Tonga is cooking in an earth oven, the umu. To do this, a hole is dug in the ground and heated stones are placed inside. Then comes the meat that has been wrapped. On top of that come banana leaves, which you also weigh down. This keeps the warmth.

It can take a few hours for the meat to be ready. The special thing about this type of preparation is the smoky taste of the meat. Such an earth oven is particularly popular on holidays.

Otai is a special drink made from water, coconut milk and various fruit juices such as coconut, melon, mango or pineapple. However, watermelons are most commonly used.

Kava is a drink made from the root of the pepper tree and is part of men’s life in Tonga. Kava also has an intoxicating effect. The men meet, drink kava and put themselves in a state of intoxication.

The Heilala Festival is one of the popular festivals in Tonga. If life in Tonga is usually quite calm, this contemplative life changes at this event and turns into its opposite. With us, one would say: “The post is off!” This festival is the most important thing in Tonga – although there are other celebrations too – and everyone rushes to the capital.

There are dance and beauty contests, floats are decorated and move through the city. There are concerts, lots of parties, boat regattas by the sea and everyone is happy and partying. The festival used to take place on the king’s birthday, but that changed after the death of Taufa’ahau Tupou IV.

Sunday is the day off!

Sunday is the day off. There are no taxis and if you want to arrive by plane on Sunday, you are very unlucky: the planes do not fly. Shops, bars and restaurants are closed. And everyone adheres to it.

Sunday belongs to the family and no one else. Business is also not talked about on Sunday and no contracts are signed on that day. However, everyone goes to church. Well, at least most of them. And a delicious Sunday meal is also on the program for the families. On the video you can see what a Sunday in Tonga can look like:

“Mahalo pei a pongi pongi ” is the name in Tonga, which means “maybe tomorrow”. Such a sentence can often come across in Tonga on Sunday, because Sunday is the day on which everyone is officially encouraged to do nothing. At least that is what the King of Tonga decreed.

Nothing works without a tapa

Tapa are fabrics that are made from the bark of the mulberry tree. For this purpose, the bark that lies under the outer bark is removed. Women beat this bark for hours until it is quite soft. The tapas are used for many different occasions in Tonga, for births, weddings and funerals. The women dye the fabrics with a special earth and then paint it. This is an old tradition that the people of Tonga keep up to this day.

When Tonga is celebrated, the residents of Tonga wear plaited Taovala mats made from pandanus leaves, which they tie around their bodies with a rope. It looks a bit like they’re tying a changing mat around themselves. They pass this garment on to their offspring.

Especially the slightly thicker people look as if they have been tied into a package. Even in church, people wear this skirt to celebrate the day. The clothing ideas look different from country to country!

The wedding couple in the photo wears this garment to their wedding. These skirts are also painted in bright colors. 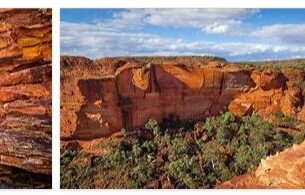