Agriculture. – Although the state has devoted greater importance to the development of the industrial sector, the share of agriculture on the total national income has risen in fifteen years from 10 to 14% (to the detriment of the tertiary sector). The number of employees, on the other hand, has decreased over the last seven years by over 150,000, and today is less than one million. Two other agrarian reforms followed that of 1954, so that currently just under 90% of agricultural income derives from the socialist sector; four-fifths of this is state-owned, the remainder is cooperative. Up to 1965 there was a tendency, in the economic plans, to a homogeneous distribution of industrial activities throughout the territory. Starting from the following plan, instead, the principle of territorial economic rationalization was favored, thus following the natural agricultural vocation of the north and concentrating industrial investment in the south, which is defined as the “spearhead” of the national economy. There have been no significant changes in the productive destination of the national territory: arable land and arborescent crops occupy almost 45% (4.8 million ha); meadows and pastures on 13.6 (1,462,000 ha); the woods over 27% (2,941,000 ha) and the remaining 14.5% are uncultivated or unproductive. Half of the arable land is destined for cereals, among which some changes have occurred. Rye, once the most cultivated, has also given way in the north to barley (26 million q) and wheat (27); its production is currently around 19 million q. Oats are also decreasing, as are potatoes; the latter, however, have had a modest decline and, with about 120 million q, are still the basis of the national diet. Sugar beet is produced at the rate of over 62 million q, and in the last fifteen years there has been a greater differentiation of products, with increases in the fruit and vegetable sector. Considerable care has been given to breeding, especially cattle. These are currently about 5.4 million and pigs have exceeded 10; over a million and a half are sheep and over 43 million poultry. During the last floor an attempt was made to increase these and the dairy cows. and in fact in the course of 1972 the dairy production increased by 10%, that of eggs by 22%. But the greatest care given to agriculture in the last floor has also affected cereals, whose yield has risen overall from 29 to 36 q / ha. The forest mantle is quite intensively used, with an annual production of almost 9.5 million m3 of lumber.

Mining production. – Mineral resources are not varied, and production is almost limited to two products, but in significant quantities. Potassium salts (Bleicherode, Halle, Stassfurt, here associated with rock salt) with about 2.5 million t place the GDR in fourth place in the world. For lignite, production, close to 250 million tonnes, is one third of the world total; the deposits used are in the central (Leipzig, Halle, Bitterfeld) and southern (Lusatia) regions. The production of metal (iron, zinc, copper) and coal, as well as the more recent production of gas (about 3 billion m 3) in Rudesdorf, etc. was of little importance. On the other hand, the production of radioactive minerals (Aue, Ronneburg) is remarkable, but in unknown quantities.

Routes of communication and foreign trade. – The territory is crossed by a dense network of canals and navigable waterways (over 2500 km) which absorb most of the heavy traffic. The railway network (14,500 km) and the road network (45,600 km) are also well developed, while there are no real motorways as there is almost no private traffic. The trade balance is close to par and the export movement concerns both raw materials (lignite, potassium) and industrial products, including advanced technology. Most of the movement is carried out with the socialist countries, while in the western bloc the Germany Ovest prevails. 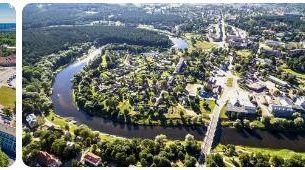 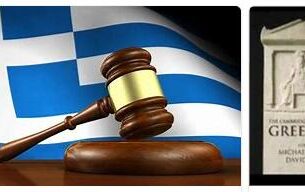 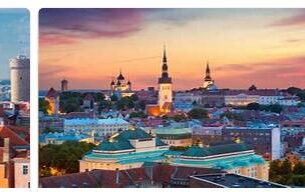