When is the best time to visit Tenerife?

The best time to travel to Tenerife is from April to October . The weather is constantly warm and invites you to enjoy a beach holiday as well as an active holiday. For a winter holiday with guaranteed snow on Pico del Teide, the best time to travel is between December and February. On the low levels it remains mild with temperatures between 20-21 degrees Celsius. The spring and autumn months are the best time to travel to Tenerife, especially for hiking and trekking tours. It’s not too hot and not too cold to explore the largest Canary Island. In the following table I have given you the best travel time for Tenerife depending on your preferences on vacation. Below is information about the climate in Tenerife and the weather in summer and winter. Find out more and fly to Tenerife at the best travel time for you!

Best time to visit Tenerife according to activities

How is the climate in Tenerife?

The climate in Tenerife is subtropical . At 3,718 meters, the highest mountain in Spain, Pico del Teide, divides Tenerife into two climatic zones. In the north and east there is on average more precipitation due to the northeast trade wind. The south of Tenerife is spared by the Pico del Teide. There is less rain here, the climate is dry and warm. On the mountain itself it is a few degrees cooler than on the lower elevations at any time of the year. Snow even forms here in winter. The northeast of Tenerife is known as the green part of the island. Due to the constant precipitation and the high humidity, the vegetation is amazing. You can see the abundant diversity of plants here all year round. The precipitation in northern Tenerife is stronger than in the south, but you shouldn’t imagine continuous rain. In the summer months there is usually no rain at all. In the winter months it rains five to seven days a month. The temperatures remain warm. In the coldest month of January you can expect around 20 degrees Celsius a day. In the warmest month of August, it is an average of 29 degrees Celsius in Santa Cruz de Tenerife in the northeast of the island. The following climate table gives you further information on the climate values. Below you will find information about the weather in Tenerife, in the north and in the south.

How is the weather in Tenerife?

The weather in Tenerife is mild all year round. The maximum values ​​in summer are 30 degrees Celsius and in winter over 20 degrees Celsius. Rainfall is unlikely throughout the island in summer . At most on the Pico del Teide it can rain in the evening and at night. It is dry and warm on the coasts. In spring and autumn Tenerife is warm and there is little rainfall. If temperatures between 22 and 26 degrees Celsius prevail in spring, it is still warm in summer with values ​​between 27 and 28 degrees Celsius. There is precipitation both in spring and in autumn on an average of three days per month. In winter the weather is still warm with daily values ​​between 20 and 21 degrees Celsius. It rains an average of six days a month. A difference in the weather in Tenerife can be seen between north and south. That’s why I describe the Tenerife weather below depending on the direction of the compass.

The weather in Tenerife north

The weather in Tenerife North is mild all year round with little rainfall in winter. In the summer between June and September it usually does not rain. The sun shines for up to eleven hours a day and brings temperatures in excess of 25 degrees Celsius. In Tenerife north there are popular holiday regions such as the capital Santa Cruz de Tenerife or the tourist center of the north coast of the island, Puerto de la Cruz . The weather in Tenerife North is particularly suitable for a beach holiday between April and October. For active vacationers who want to discover the green vegetation of the north, I recommend the spring and autumn months, as it is not too hot during this time. Especially in spring the heart of all botanists rises when the flora blooms colorfully and exudes a very delicate fragrance.

The weather in Tenerife South

The weather in Tenerife South is on average drier than Tenerife North. The Pico del Teide in the center of Tenerife forms a cutting edge between north and south. Its height protects the south from the trade winds from the north. So there is hardly any precipitation in the south. The weather is consistently warm and dry . In the winter months from November to February, it rains in Arona on average only three days per month. Between May and September there is no chance of rain. So you can expect up to ten hours of sunshine per day in summer with temperatures around 30 degrees Celsius in Tenerife South. Perfect conditions for a beach holiday. Do you want trekking tours on the Pico del Teide? Doing or hiking on the island, the intermediate months in spring and autumn are better for this. It’s not too hot here like in summer and you won’t sweat on your hikes.

According to Nexticle, Tenerife is a popular year-round travel destination . Depending on your preferences and activities on vacation, other months are the best time to travel to Tenerife . Overall, the months April to October can be named as the best time to travel to Tenerife . In the summer the weather is dry and warm and there is no rainfall in either Tenerife North or Tenerife South. Spring and autumn are best suited for trekking tours and nature walks. Would you like to ski on the Pico del Teide ski slope?, you should go to Tenerife in the winter months from December to February. Especially in December and January you can count on snow guarantee here. For a beach holiday, the summer months of June, July and August are the most popular on Tenerife. Therefore, there is a lot of tourism and hotel prices are skyrocketing. If you want to travel cheaper, autumn is particularly ideal for a beach holiday on Tenerife . In September, when the summer holidays come to an end in almost all European countries, tourism on Tenerife also falls and thus the hotel prices. The weather on Tenerife in autumn is still warm and summery with great bathing temperatures around 30 degrees Celsius. Sun worshipers who have had enough of the cold winter at the beginning of the year and are longing for the sun should head to Tenerife in spring. In April temperatures up to 26 degrees Celsius already prevail there. With a water temperature of 18 degrees Celsius, you can even swim in the Atlantic. So nothing stands in the way of a beach holiday coupled with a hiking holiday in spring . 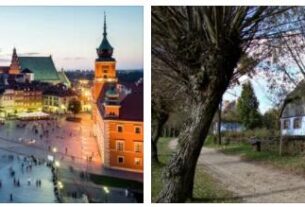 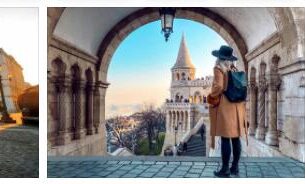