In such a small city, as it turns out, there are many churches. Of particular interest to tourists are the Catholic Church of St. Anna in Nord (somewhat north of the capital) with a unique handmade oak altar (1870, the church itself was built between 1914 and 1919), the parish priest’s house at the Church of St. Anna (1877 d, the oldest building of its kind on the island), St. Francis Church, Baha’i Faith Temple, Beth Israel Synagogue, Bible Way Baptist Church, Evangelical Church on Huygenstraat, Methodist Church (1846) on Longfellostraat, New Apostolic Church on Göletstraat, Protestant church on Wilhelminastraat and others. The modest domes and spiers of local temples look especially impressive against the backdrop of the colorful mountain Hamanota, which is more like a hill in height, but very effectively sets off the colorful quarters of Oranjestad. The picturesque Alta Vista Chapel or “Church of the Pilgrims”, the first Christian religious building in Aruba, is located on the northern coast of the island. The first church on this site was built in 1750 by the joint work of Indians and Spaniards, and for a long time remained the center of Aruba’s Catholicism. After many years of neglect, the chapel was restored in 1952, and today it is a national shrine, in which, nevertheless, divine services are regularly held. The entrance to this picturesque yellow chapel is open to visitors every day, and two graves near its walls, supposedly the burial place of the founders of the church, Domingo Antonio Silvestre and Miguel Enrique Albarez, have become one of the places of pilgrimage for local residents.

The unique landscape monument of the country – the Natural Bridge, was formed by the centuries-old impact of the surf on the rocky northern coast of the island. Today, this thirty-meter stone arch, 7 meters high, rises above the coastal cliff near the beautiful Andikuri beach, forming one of the most favorite vacation spots of the Arubans. Nearby, on the leeward coast, there is another natural miracle – the natural reservoir “Konchi” or Kura de Tortuga with sea water, surrounded by stone boulders taken from nowhere.

Even on the map you can see that Aruba is a tiny island. But nevertheless, here, on this piece of land, almost 20% of the territory is given over to a nature protection zone. The real gem of the island is the Arikok National Park, which occupies a huge area by local standards on the northern, windward coast, around the mountains of Arikok and Hamanota. A huge range of natural and historical attractions can be found in the park – Arawak petroglyphs in Fontaine Cave, Dutch colonial settlements in Masiduri, an old plantation building in Prince Valley and the ruins of gold mines in Miralamar. Along the slopes of Hamanota and Arikok stretches a whole network of beautiful hiking trails, going right through thickets of unusual plants, like quihi and divi-divi trees, and beautiful landscapes. Perhaps in the park

The caves of Guadirikiri and the “Tunnel of Love” are hidden on the very outskirts of the Arikok park. The cave complex of Guadirikiri is famous for its two underground halls, where the sun’s rays break through the holes in the roof, creating a completely surreal play of light and shadow. Stretching for more than 30 meters, the winding tunnels are home to several thousand completely harmless bats and, as legend has it, were once pirate secret bases. Khuliba Cave is also known as the “Tunnel of Love”, getting its name from the shape of the entrance tunnel, which indeed resembles a stylized silhouette of a heart in cross section.

The old area around the California Lighthouse, named after the ship “California”, which sank off these coasts, is an isolated northwestern region of the island. The area boasts some of the most breathtaking landscape on the island, with sand dunes, gorgeous beaches and scrublands. The visiting card of the area is the old stone California lighthouse (XVIII century) near Tierra del Sol, one of the most picturesque buildings on the island. The isolated northwestern part of the island is known as Khudishibana and is another of the most picturesque areas of the island, almost entirely occupied by large dunes and framed by rocky shores with small coral reefs.

The unique area of ​​rocks and canyons of Ayo Rock is one of the most mysterious areas of Aruba. For such a flat sandy island, which is Aruba, the presence of rocks (especially quartzites and diorites) and huge monolithic boulders with which this area is literally strewn is an inexplicable mystery. Among the stone formations in Ayo Rock, a mysterious ancient race once lived, leaving behind amazing petroglyphs on stone boulders. Moreover, the area is literally saturated with huge stones, as if specially folded concentric circles. Scientists are still unable to explain how these stones ended up here, and who folded the giant rings – people or nature.

To the north of Hoiberg (“haystack”, as the Arubans call these stone formations themselves), another stone riddle rises above the desert region. Some of the boulders weigh several tons and are oddly shaped. The government of Aruba has founded a recreational zone here, laying hiking trails between huge boulders leading to the top of one of the rocky hills (165 m), from where a breathtaking panorama of the island opens. The sun-scorched bushes and cacti near Kashibari frame giant diorite boulders that winds and erosion have turned into bizarre stone sculptures.

The second largest city in Aruba, San Nicolás is a fairly modern town that differs from the rest of the island’s settlements by a clearly noticeable British influence. For many years, one of the main reasons to visit the town has been Charlie Bar. This bar has become famous since the 40s of the XX century, when the owner of the establishment began to hang various finds from the bottom of the sea on the walls. Since then, the bar has become a small museum, attracting thousands of tourists from all over the world to the city. Also noteworthy are Christ Church, St. Nicholas Evangelical Church, Holy Cross Anglican Church, St. Teresita Church, Seventh-day Adventist Church on Doktor Schepmanstraat and many colorful old houses. Northeast of San Nicolas, on the Sero Preto hill, there is another shrine of the island – the Catholic chapel of the Grotto of Lourdes (1958) carved in stone. The chapel was founded in honor of the appearance of the Virgin Mary to a local resident in 1808. Every year on February 11, a procession in honor of Lady Lourdes follows from the church of St. Teresita to the grotto, where the solemn mass passes.

However, Aruba’s main attraction is its beaches. Beautiful beaches, clear water, an abundance of small coral reefs and good infrastructure attract thousands of guests here. The best beaches are Arashi Beach and Hadikurari Beach near the California Lighthouse on the northwestern tip (considered the best snorkeling spots on the island), the cleanest Druif Beach, Bukuti Beach (considered one of the best shores in the Caribbean and the world), lying directly Palm Beach and Eagle Beach in front of the luxury hotel area, the quieter Roger Beach and Baby Beach in the Gray Colorado region in the southeast of the island, a small isolated Renaissance island lying directly opposite the harbor of Oranjestad, and an island surrounded by coral reefs DePalm. Aruba has more than 40 sites with good conditions for diving and snorkeling (in some places, visibility in the water reaches 30 meters), and the rich marine life has long been included in all guidebooks as an independent attraction of Aruba. In addition to excellent conditions for scuba diving, many beaches offer such an exotic service as diving in submarines specially designed for this purpose. Constant strong winds, along with a variety of water conditions, primarily waves, make Aruba one of the most popular places on Earth for wind and kite surfing.

Many choose Aruba as a holiday destination because of their love of gambling. And this is not surprising – there are several first-class casinos in Aruba – Hyatt, Renaissance Crystal, Renaissance Sipot, Excelsior Online, etc. Some of them are open around the clock (the schedule depends on the season). Large casinos are not inferior in luxury and abundance of entertainment to gaming complexes in other countries. By the way, entry to persons under the age of 18 is prohibited in many of them. 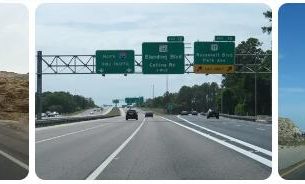 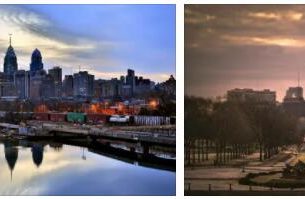