The intensive exploitation of resources, both surface and subsoil, which has been underway on the continent at least since the nineteenth century, has profoundly affected the African environment. The extraction activities of raw minerals and energy resources extend over the whole continent, from the Sahara (oil) to South Africa (coal, uranium, gold and diamonds), often disfiguring the landscape but above all putting its delicate environmental balances at risk. The incidence of anthropogenic activities can also be seen in the construction of gigantic infrastructures to produce hydroelectric energy, as evidenced by the gigantic Aswan dam which, inaugurated in Egypt in 1970, has highly destabilized the ecosystem of the lower Nile river.. Other important dams are those that block the course of the Orange River, in South Africa, and, above all, those under construction in Ethiopia (Gibe project, to be built in Ethiopia, in the Omo Valley, also under Italian guidance) which risk irremediably changing a valley declared a UNESCO World Heritage Site in 1980. The construction of large dams, together with the effects of global warming, have also led to a progressive drying up of the areas close to the great Sahara desert, in the area that goes from Mauritania to the ocean Atlantic up to Sudan and Eritrea on the Indian Ocean. In this long subtropical belt, called the sahel, desertification is progressively advancing; this could only be stopped thanks to the use of reforestation techniques which, however, would require the availability of economic means which, at present, are completely absent in the States of the area.

In equatorial Africa, in addition to the endemic exploitation of underground resources (which in many areas, such as in the Democratic Republic of Congo, is also directly connected to the dramatic political instability), the phenomenon of deforestation has taken on particular importance for some decades. In countries like the Ivory Coast, the extension of the forest has reduced, in the last century, from 16 to 3 million hectares, and in the Democratic Republic of Congo the phenomenon has taken on equally dramatic dimensions. In addition to seriously endangering biodiversity in general and many animal species in particular (a typical case is that of the mountain gorilla, Gorilla beringei beringei, whose survival is seriously compromised), the progressive reduction of forest areas is also putting in serious difficulty many human populations of equatorial Africa which, for centuries, have developed subsistence economies based on the abundant flora and fauna produced by the habitat today threatened. One of the greatest dangers for African fauna is hunting, in particular hunting carried out outside the – very scarce – controls carried out by African states. Poaching has particularly affected large African mammals, such as the elephant, the black rhino, the big cats (tiger and lion above all), many species of anthropomorphic apes, etc. To try to put a stop to the devastating anthropogenic activity, African states have created many protected areas (over 2 million km² in Central and West Africa alone), in many of which attempts are being made to impose a tourism model more suited to respect for the environment and local cultures. But many areas, even if placed under the direct protection of UNESCO, are at serious environmental risk, such as the 5 protected areas of the Democratic Republic of Congo (Garamba National Park, Kahuzi-Biega, Salonga, Virunga and the Okapi Nature Reserve), which, since 1994, have been included by the body that belongs to the UN in the list of Heritage in danger. In the face of this, the weight of the demographic expansion and the explosion of urbanization constitutes a serious problem (still unresolved) regarding the disposal of waste, often abandoned in open landfills and almost never adequately treated (with the consequent, serious, spread of epidemic diseases and pollution of the already scarce water resources). Africa, then, has been used for decades – and many scandals attest that it still is – as the “dustbin” of the industrialized world. Since this is illegal trafficking, no official data is available,) have repeatedly denounced the presence in Africa of toxic, chemical, nuclear waste, etc. coming from Europe and, lately, also from Asia, in particular from China.

Parallel to the process of decolonization, and in close relationship with it, the phenomenon of neo – colonialism has developed, to which the new African generation has tried to react by opposing the bonds of dependence between the local economy and that of the old colonial powers and the new interference political and economic from various sources. These are problems that have presented themselves to the various governments in different ways, as well as the paths taken by the various African states, whose history is referred to in order to have a more complete panorama of the period following decolonization. In particular, the Organization of African Unity is an expression of the tendency to establish associations aimed at protecting the autonomy and interests of African countries.(OAU) and various regional and international economic organizations, such as the Common African and Mauritian Organization (OCAM), the Economic Community of West Africa (CEAO) and the Economic Community of West African States (CEDEAO; see Countryaah). During the 1970s, the historical-political and institutional framework of Africa was characterized by events and developments of considerable weight and significance. 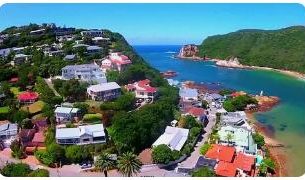 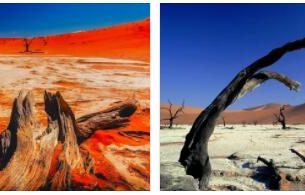